We are passionate about corporate reputation. Please join us here in discussing reputation management and find more information at our website: www.reputation-inc.com 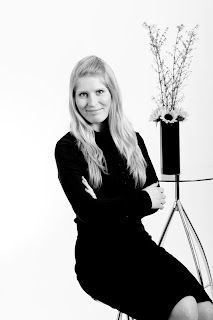 A recent study found that social media is more addictive than drinking wine. That in fact, people are more likely to give up a glass of bubbly for an opportunity to check their Facebook account. Probably not a surprise to many but got me thinking about what this means for the social media industry in general.

In a few years’ time, will we have institutions trying to cure the social media addiction? Will we see, in the future, some kind of ‘social responsibility’ programmes from Facebook, for instance allowing only grown-ups to sign up and use the sites and have little note ‘use responsibly’ on social media adverts? Is it time for the social media industry in general to start thinking more about how they could prevent this from happening and avoid their reputation being torn down by health, privacy and human rights activists?

Well, some say the fault lies with people themselves. That people are too weak and just too lazy to build willpower to resist temptation. For instance, Jon Henley wrote in the Guardian last week how people with strong willpower in general grow into wealthier and healthier adults and are more likely to achieve success in life (hence, less likely to fall to any kind of ‘weak’ addictions). He brought examples of several studies that have concluded the same, the most amusing one conducted by a sociologist Walter Michel who studied children’s’ behaviour by offering them a marshmallow immediately or two, if they could wait for 15 min. Tracking down the children years later, Michel found that those who had the patience (and willpower) to wait, had become more successful. And there is no chance of accusing bad genes here – apparently willpower is something you can train and become better at.

So, the social media industry, if accused of causing addiction, might just not do anything about it and accuse people of being too weak (although this attitude didn’t work for the tobacco industry). We’ll wait and see…I’m looking forward to seeing some social responsibility campaigns from the social media industry before their reputation gets damaged by those who accuse them of causing addiction.

Posted by Reputation Management at 9:34 am

Reputation Management
ReputationInc is a global reputation management consultancy based in London, Dublin and Dubai. Our international team of skilled reputation management professionals combine communications skills and knowledge with a deep understanding of business strategy, ambition and the commercial realities of doing good business.